The double taxation agreements in Andorra are international treaties that contain measures to avoid being taxed in two countries simultaneously.

Thanks to the strengthening of international relations, the need to establish measures to avoid double taxation has been created. The double taxation agreements in Andorra seek to create bilateral measures with other countries, in order to define and unify tax plans for taxpayers that develop commercial and economic activities in two countries.

Thanks to this and other economic and fiscal reforms, such as the transparency of Andorran banks, this country has been able to leave the list of tax havens. This list was established by the OECD (Organization for Economic Cooperation and Development) and Andorra was excluded from it in 2009. However, it has a much lower tax rate than its neighboring countries, which makes it an ideal place for the establishment of a company.

San Marino, the last to join these agreements

Now, it is the turn of San Marino, who is the last state to sign a CDI with Andorra. All this thanks to the fact that, from January 1 of this year, the double taxation agreement between San Marino and the principality came into force. In this way, both Andorra and San Marino increase their good relations and give way to a new instrument to strengthen each other.
This CDI with San Marino was signed last year, on May 24, during the visit of the head of government of that country. Without a doubt, this is another great step to boost trade relations between the two states. It is further proof of the good relations of recent years. Not only that, since both San Marino and Andorra signed another friendship and cooperation agreement. In this way, both nations are committed to strengthening themselves in areas such as tourism, education, economics, among others.
With the no double taxation agreement with San Marino, Andorra reaches 9 DTCs currently signed. With this latest CDI, the principality adds one more state to its network of agreements of this type. In addition to San Marino, we add Liechtenstein, Luxembourg, Spain, France, Portugal, Malta and Cyprus. Also the aforementioned United Arab Emirates. Therefore, there are now 9 countries with which Andorra has signed tax agreements against double taxation. Hungary is expected to join this list very soon. This CDI is pending ratification by the authorities of that country. 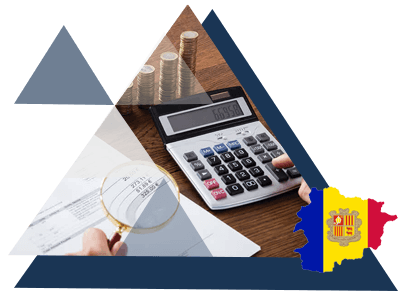 The double taxation agreements in Andorra are established to prevent companies or residents of the country from being taxed twice for the same income obtained. Without these treaties, it would be more difficult for an organization to establish itself and conduct its commercial activities in Andorra. Therefore, for any foreign investor or entrepreneur to establish a company in the Principality of Andorra, it is necessary that there is an agreement between this country and theirs. In addition, a certificate of tax residence issued by the Department of Taxes and Borders of Andorra must be submitted.

The double taxation agreements in Andorra promote foreign investment and the economic opening of the country. These agreements affect the Personal Income Tax, the Corporation Tax and the Non-Resident Income Tax.

To ensure that these tax agreements work properly, it is necessary that there is compatibility between the two countries involved, both in tax systems and in accounting laws. If you have doubts about your case, consult with our advisors and they will solve them.

🇦🇩 What is double taxation?

Double taxation occurs when the taxpayer resides in two countries for tax purposes. Therefore two countries could demand tax retributions for the same period and activity.

These agreements allow taxpayers to avoid being taxed twice for the same. In addition, it promotes the arrival of foreign investment in the country and the economic opening of Andorra.

🇦🇩 With how many countries does Andorra have double taxation agreements?