Andorra aspires to become the capital of eSports 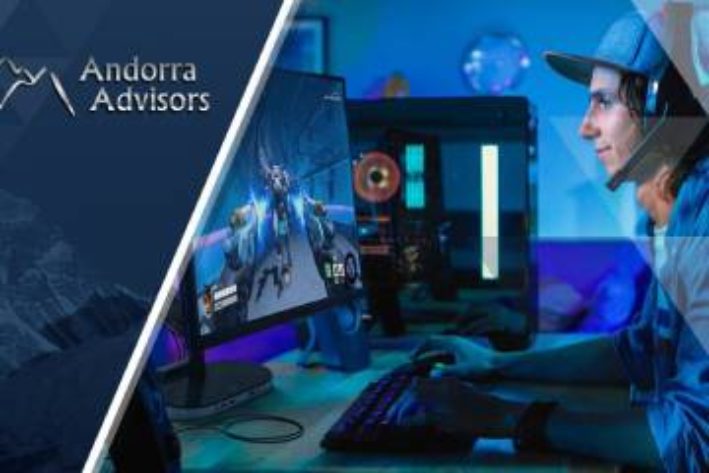 Andorra is a country known for its low taxes and beautiful mountain landscapes. But it seeks to offer much more to anyone who keeps an eye on the Principality. That is why, together with Auren, they have developed a strategic plan. With which they seek to position themselves as a world reference in eSports.

This ambitious strategy seeks to attract a market that is taking off. Which has increased its presence in recent years with highly competitive tournaments. Additionally, revenue from these types of events is projected to continue to grow.

The purpose of this proposal is to turn the Principality into a power. This plan has a deadline for 2023, in which it will be fully developed.

This strategic plan has several structured bases, which guarantee optimal results. Keep reading so that you know the fundamentals of this revolutionary proposal.

What does Andorra’s strategic plan on eSports consist of?

Auren’s plan is one that aims to make the Principality a destination for eSports. From attracting players and events to the Andorran territory to the creation of local leagues and clubs. Andorra has seen great growth in these electronic sports that will continue for years.

So becoming their focal point now will give the territory another appeal. Which is already known for its winter sports and beautiful landscapes. In addition to attracting people who want to lower their tax payments.

The fiscal measures applied to eSports are expected to boost financing for companies in the technology sector. In the same way, it is projected that investments in the country will be encouraged for the same purpose.

Also, tourism is one of the factors that will be positively affected. Since it is already one of the pillars of the Andorran economy. With this plan, an increase in visitors is expected thanks to those attending events in the sector.

All this and more is maintained in order to create an ideal ecosystem for eSports in Andorra. In which improvements are contemplated in the network infrastructure, as well as in its security and protection.

Learn about the seven axes of Auren’s plan

Knowing this, we must now define what the axes of Auren’s plan consist of. These will be the pillars on which the project is founded and sustained. Each one is independent of the others, but in the final plane they complement each other. In this way, they will grow in tandem over the next few years.

Among the axes we find: economy, tourism, competition, education and infrastructure. Elements that have been considered to take into focus within this project. All in order to achieve a joint result.

Below, you can see how the pillars of this strategy work:

The Principality hopes to promote financing for companies dedicated to the gaming sector. In addition, it will facilitate the creation of the same in the territory.

In the same way, the participation of foreign companies interested in eSports is sought. Therefore, an international promotion body will be created. This in order that the information reaches all corners of the world.

The tourism sector is fundamental to this project. Therefore, the creation of a specialized brand is planned; this will be “Andorra eSports”. With which it is expected to attract professional players and prestigious clubs. As well as his thousands of followers.

For their part, they will be in charge of the organization and promotion of events related to electronic sports. Achieving with this to bring new competitors. Thus increasing the popularity of eSports in the Principality.

It is based on the creation of leagues and teams regulated by the corresponding bodies. With this, what is wanted is to increase internal competitiveness in the territory.

So it can be expected that Andorra will not only become the center of eSports for its events. But also because of the high level reflected in its players trained in the same Principality.

Among its bases is the professional training of the players. As well as an international observatory will be created for this purpose. Even with the creation of leagues and clubs it is hoped to form a healthy ecosystem.

This plan includes sensitizing the general population about good gambling habits. Creating awareness of how harmful it can be to spend many hours playing. Likewise, later on, the creation of a postgraduate course related to eSports in Andorra is expected.

When talking about the infrastructure, the provision of spaces for holding the events is expected. But it does not stop there, because Andorra will implement 5G technology in order to improve network quality.

In addition, it is expected that an entity will be promoted to be in charge of cybersecurity. Due to the large amount of information that will be transmitted over the networks, good protection will be needed. Which is guaranteed in this project.

The creation of a labor relations system for the participants is promoted. Both players and clubs will enjoy laws that keep them protected. Something that is currently regulated in other areas.

So a fundamental aspect is improved in order to protect those involved. This being a special attraction for players in the environment.

The project has among its pillars the creation of two bodies to regulate the system. In addition to the support of a third party that always accompanies sports and maintains equity in events:

Now we know the bases of the strategic plan to turn Andorra into the center of eSports. But it is time to meet the company that created it. One that will also be together with the Principality in each step that is going to be taken with respect to the growth of electronic sport.

Auren is a Spanish multidisciplinary professional services firm. Among which are auditing, legal, tax, consulting and corporate advice. It has an objective which focuses on creating value in order to support the development of society.

They achieve this due to their commitment and closeness to customers. They are known for being highly available and flexible. Always in search of the excellence that they achieve thanks to their professionalism.

Therefore, the expectations around the plan are enormous. Since its announcement, and until now, you can sense that the strategy will be successful. Either because of the recent history of Auren with its agreements or the growth of eSports. In addition, future relationships between those involved are foreseen in order to improve other aspects.

Looking to the future: the technological revolution that Andorra is experiencing

In recent years, Andorra has experienced a revolution regarding eSports in the country. Its beginnings have come from the hand of the FAF (Andorran Football Federation). Who has been in charge of selecting his quarry for the project. Which could participate in up to six highly competitive titles:

In 2020, the electronic sports bill was presented. Which will regulate eSports in order to guarantee economic security. Managing to attract those responsible for the sector to the Principality.

In particular, Andorra’s plan is not to create or promote the local sector. But to promote it, attracting expert foreign investment on the subject to the Principality. In order to bring a new form of innovation and creativity. In this way, the country will offer certain conditions in order to promote the establishment of these new societies.

These conditions also highlight a low tax system compared to other countries . The protection of investments, a legal framework that is capable of providing solutions. Which is very attractive; especially to such a changing and novel environment

Home » Blog » Andorra aspires to become the capital of eSports