The Arbitration Court of the Principality of Andorra is launched 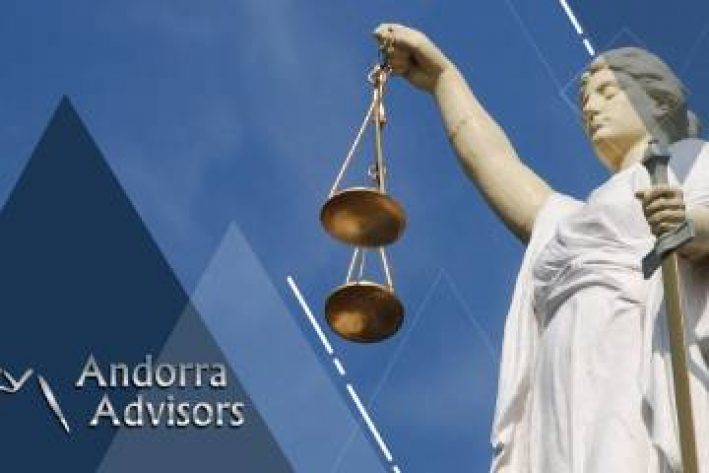 After three long years waiting for this project to be launched, today the Court of Arbitration of the Principality of Andorra is finally inaugurated , which has been abbreviated as TAPA. It is an alliance between the Chamber of Commerce and the Andorran Bar Association that will try to resolve conflicts between companies quickly and without having to go to court.

Two leaders of the international legal world have been at the head of this new tribunal . Pierre Raoul-Duval has become the president and Juan Pablo Correa will act as general secretary, positions that have been appointed to them after the meeting held on July 15 between the two organizations that constitute it.

The main objective of this new arbitration court is to mediate in all kinds of business conflicts , both national and international, in order to reach a fair agreement for both parties without having to go to court. In this way, companies that decide to opt for this option will be able to resolve their conflicts more quickly.

The creation of this type of court is nothing new and its effectiveness is more than proven . Companies from cities as important as New York, Paris or Geneva are more than used to going to private courts to resolve their conflicts in a more agile but also more confidential way.

The main job from now on is to become known nationally and internationally, with the aim of becoming one of the world leaders in the mediation sector. For now they start off on the right foot, choosing world-class professionals with extensive experience in the international legal field.

The president of the TAPA, Pierre Raoul-Duval, is an authority in matters of litigation. In addition to being a senior partner of the prestigious French buffet Gide for years, he has provided his services on many occasions before the International Chamber of Commerce (ICC), the most famous case being the arbitration of the Eurotunnel. Thanks to his extensive experience and professional career, he has acquired different strategies and techniques that have been very effective during international conflicts.

His first words when taking command of TAPA have been the following: “the creation of the court is an opportunity to offer an arbitration service to the Andorran business community that is looking for an impartial, neutral and competent mediator in civil, commercial and patrimonial conflicts” .

For his part, Juan Pablo Correa received his doctorate in law from the University of Barcelona in 1977. Since then, he has gained extensive experience in international conflict resolution, working for different prestigious law firms. He is also a recognized figure throughout the world for acting as an international mediator, for being a professor at renowned universities and as the author of numerous articles of high value around the world.

Juan Pablo has spoken a few words in favor of the economy created around private courts: “The Paris arbitration court generates 400 million euros a year due to all the professionals involved, in addition to hotels and transport. It is being considered as luxury tourism ”.

With the creation of this court, Andorra hopes to attract the attention of international companies that want to resolve their conflicts in a different way.