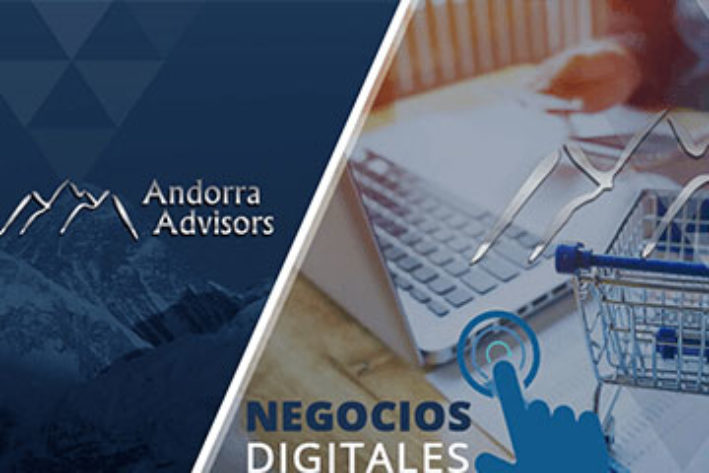 Minister Jordi Gallardo seeks to promote the digital economy in Andorra. That is why they are polishing the details of laws that offer more advantages to new investors. We want professionals and companies to find a perfect ecosystem for their development online.

All this accompanied by the best tax regime in southern Europe. Considered by many one of the most efficient. Improvements in economic aspects, residence and infrastructure are prepared. So that in the future Andorra can be spoken of as a model country.

One of the reasons that makes Andorra one of the best candidates for this is its tax structure. Because on it you want to build the foundations of new business ideas. Among which stands out the country’s digital development and the attraction of talent and foreign companies.

In the following sections you will be able to know the pillars that will be in charge of sustaining these ideas. With which it is expected to create a legal framework for the new digital professions. In order to be one step ahead of other countries and diversify its economy. While maintaining a favorable reputation. This has been worth it until the moment like hook of many innovative projects. Which will bring multiple benefits to the country and its residents.

Fundamentals of the digital economy law

The new digital economy law has several aspects that must be taken into account. Since each one has its particularity and area of ​​execution. However, all of this is directed towards the common good. Thus seeking the creation of a virtual ecosystem. Which will be able to attract foreign investment with ease. In addition to bringing talent, they seek to keep what they already have. Because by promoting this modality, it is expected to generate new jobs in the Principality.

Among these aspects is the creation of a free zone. With which it is sought to offer excellent conditions to investors. In addition to promoting the improvement of infrastructure and diversifying the access routes to the country. Because at the moment the entrance by road is only enabled.

In addition, it is expected to be able to offer a new type of residence. Which will be aimed at new digital entrepreneurs. As well as an improvement in the conditions for creating companies. Including laws that guarantee the rights of remote workers.

All this is being achieved in order to diversify the economy in the Principality. They already have great appeal in their tax system, but are in a position to open up in a new area. If so, they would become a global economic model aligning the public and private sectors.

New types of residences in Andorra

One of the pillars on which the development of the digital economy is based is the attraction of talent. This is planned to be achieved by creating a high-ranking virtual ecosystem. Whose purpose is to obtain knowledge and experience in areas that may seem unknown. In exchange for excellent conditions for the growth and creation of digital companies.

To comply with the full exchange, the creation of two new forms of residence is expected. The first is the entrepreneur visa. Which is directed to individuals selected to participate in a special program. Where innovative ideas will be created from foreign entrepreneurs.

The other of these, called digital residency, focuses on individuals who do not require a specific location. Since they use technology and telecommunications as fundamental tools. They are known as digital nomads. Because they can spend their lives doing remote work.

Another of the intentions is to facilitate the creation of companies in a digital way. This reduces costs and best of all, it can be managed online.

Although it is true that currently Andorra is not the best option for rapid business creation. Due to the large number of procedures and restrictions of the banks, this process is a bit complex. But it is one of the challenges that is expected to be overcome to form a digital ecosystem.

Changes in the workplace with the new digital economy law

Within what would be the workplace, it is sought to protect those hired in various ways. We know that new professions do not require daily office attendance. Because they are jobs that can be done from a computer with an Internet connection. Whether you are a digital marketing expert, virtual assistant, content writer or someone else. The conditions of the contract must be transparent at all times.

In this regard, the new contracts for distance works are expected to be clear. Also leaving several points in favor of the contracted party. Among which stands out the right to digital disconnection after the end of working hours. Which would allow a release from responsibilities outside the originally established time.

This is a regulation that has been eagerly awaited. Because it greatly improves the conditions of each individual. Remote workers had often not been considered as such. For the simple fact of carrying out your tasks from your computer, no matter where you are. But this is no longer the case, which generates greater respect for those who belong to these professions.

Likewise, another condition is added that must be met by the employer. Which consists of bearing the costs of maintaining the equipment used. Despite not being their property, it is the tool used to carry out the work.

Among the ideas to promote foreign investment in the country, the creation of a free zone has been considered. This consists of three fundamental pillars: the commercial, the industry and the infrastructures. In this way, greater incentives will be given to investors. Eliminating possible obstacles in the development of the digital economy.

The main aspect of this free zone is the commercial one, which is already established. It can be seen in the low taxes that are already a great attraction in the country. Thus, this space will become a safe place for investors in this sector. In the country there are legal bases that ensure legal security. In addition to that, there are certain strategic lines in public companies in order to teach the private sector. To generate cohesion between both economic sectors.

All this added to the already competitive tax system that exists today in the Principality. Which is also capable of attracting entrepreneurs and investors who opt for the conditions. Among which there is political stability, legal security and quality of life. Making it the ideal place for the development of the digital economy.

Finally, one of the aspects in which you want to improve is the infrastructure and communication. This, because one of the few weak points that Andorra has is its entry way. Which is currently done for road trips, which can seem long.

For this, it has come to think of certain alternatives that will be studied soon. The first has been to authorize the Andorra-La Seu d’Urgell airport to carry out approach maneuvers. These would be guided by GPS and it is believed they will be a great success.

So it is expected that by the end of this year there will be regular flights to and from the Principality. Which will certainly help to diversify the access routes to the Pyrenean country. They are expected to go to Madrid and Paris. Thus connecting with two of the most important cities in Europe.

In addition, the idea of ​​having a national heliport stands out. Which can further improve the connections. Along with a way that seems ideal to connect with the outside. This would be through railways that can provide another alternative to enter the country.

In this way, it is expected that soon there will be many connecting routes that will take you to the Principality. Whether by road, rail or even international flights.

Home » Blog » Andorra on the way to boosting its digital economy