What is the Law of inheritances and successions in Andorra? 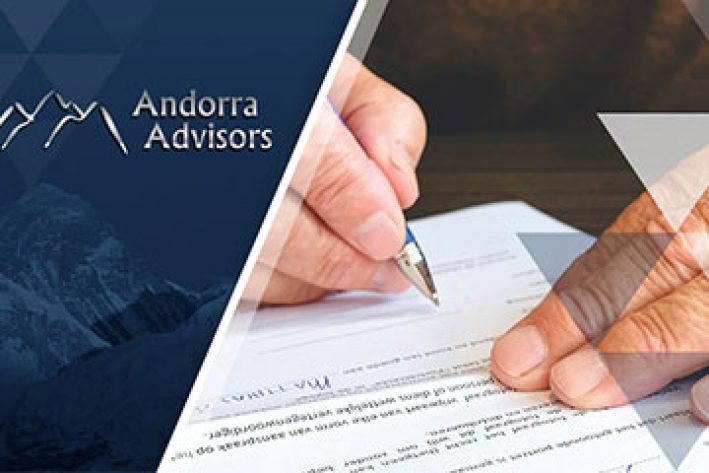 The Law of inheritance and donations is a new legislation that has been in force in Andorra since 2016. This law is responsible for regulating inheritances such as assets and obligations of people at the time of death. Previously for successions, the law of 1989 was used, however, this did not address all areas. Therefore, in 2014 new elements were included in order to clarify situations regarding inheritance.

In this way, the Andorran Law of Successions and Donations establishes rules that apply to spouses and relatives, depending on the succession. With the new law, the widowed spouse becomes the first in the succession ahead of the relatives. This in the event that, when the person dies, he or she does not have children, descendants or grandchildren. Therefore, the spouse is the main one to succeed before parents or siblings.

There are also cases in which the succession is intestate, that is, there is no will or it is discarded due to invalidity. Therefore, the rules and conditions that apply to this type of situation must be taken into account. In the case of Andorra, the reserved property law applies, where relatives receive the goods back.

The Law of inheritance and succession, therefore, covers multiple aspects regarding inheritances, successions and wills. As well as, it explains which laws should be applied in the case of relatives who are in different countries. Through the judgment of the Court of Justice of the European Union, new deals have been established. Allowing both non-residents in EU countries to have freedoms regarding the movement of capital.

An important point in matters of succession and inheritance in Andorra is that the inheritance is tax free. Being beneficial for those people who have expatriation in the country, since it avoids problems of rates or maturities. You simply have to take into account the rules and procedures established in the Principality of Andorra.

For cases in which the family members reside in Spain and the deceased in Andorra, there are new regulations. These have allowed that discrimination is no longer generated with those who are not residents of the EU. Therefore, people who do not reside in Andorra can now benefit in the same way from these regional regulations.

Types of wills (Expatriates in Andorra)

Compared to nearby countries such as Spain and France, the inheritance laws in Andorra have more benefits. In France, taxes must be paid when the property, the heirs and the deceased reside or are in the country. Those who reside in Spain or are abroad must also pay taxes on the inheritance assets they receive. Therefore, if the deceased is in Spain and the heir is in Andorra, they must pay a tax.

For its part, Andorra has benefits both for successions and inheritances, as well as for being a country with advantages. Among which are its tax advantages, having low taxes of 4.5% for services and products. It is also a country that provides a high life expectancy, as well as the highest security for its citizens. In addition, their income taxes are only 10% and their education is totally free in the country.

In this way, people who have the status of resident in the Principality (Andorra) will have more advantages. They will be able to enjoy the benefits that the country offers to those who have chosen to expatriate, such as being tax-free.

Advice on successions and inheritances in Andorra

People who are in a country other than that of the deceased person and whose assets must be transferred. They must take into account the treaties on inheritance and inheritance laws in Andorra and EU countries. As well as the processes that are required when preparing the will in Andorra to establish an inheritance or succession.

Conditions for heirs from other countries

Home » Blog » What is the Law of inheritances and successions in Andorra?