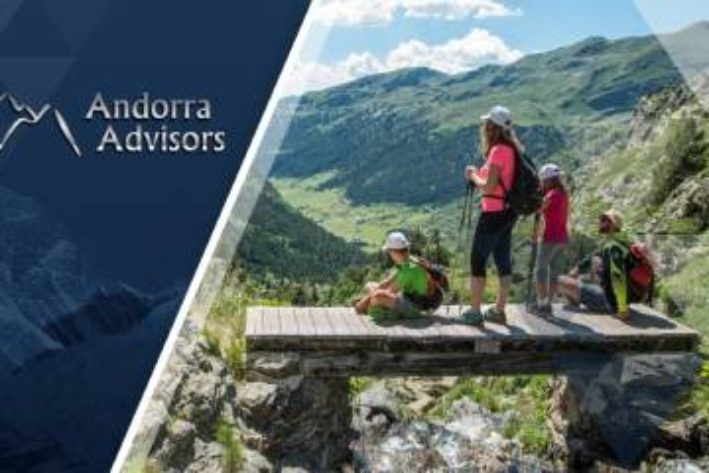 Andorra is a sovereign principality located in southwestern Europe, between Spain and France. A micro-state with an excellent quality of life, which is why it is increasingly sought after by foreigners to live. The country offers multiple benefits that make it an unbeatable option to live.

It is increasingly common to see foreigners with the decision to transfer their tax residence to Andorra. All these attracted not only by the tax benefits it offers. But also for the quality of life in general. Andorra has one of the best health services in the region. Furthermore, education in the Andorran Principality is of an enviable quality. For these reasons, and others, Andorra is an interesting option to move with your family.

The new modifications of family reunification in Andorra

In Andorra, a resident of Spanish or French nationality could choose to reunite his family after three months. For other nationalities, the deadline was one year to be able to opt for this benefit. However, this has been changed recently. Allowing residents of any nationality to apply for family reunification earlier.

What does not change are the requirements for it. In other words, the condition that they must be residents of the Principality still remains. Similarly, they must have a residence permit with work and not temporary. This is an option that has remained in force since Andorra signed a trilateral agreement with Spain and France.

The person in charge of communicating the new regulations was Minister José María Rossell, head of the Andorran Ministry of the Interior . As expected, residents of other nationalities welcome this news. Many have waited years to bring their relatives to live with them.

The minister communicated this change after a modification that will be made in the legalization of family reunification. All residents will have only three months to apply. This regardless of the nationality of the person requesting it. The intention of the Andorran Principality is to further favor immigrants. Andorra is a country that is growing and the integration of the immigrant community is key to continue this way.

Now, how does family reunification work in Andorra? Initially, the regrouping request can only be made by two types of people. These are:

The latter must work in Andorra and reside in the country. The legislation of the Principality indicates that reunification can be requested for the following family members:

For its part, the period of duration and renewal is divided as follows:

In this case, the residence permit will have a maximum duration of 10 years.

You will be given a one-year residence permit. This may be renewed three times in two-year periods. After passing the seven consecutive years of renewal, you will be granted one for 10 years.

Andorra: an ideal country to live

At the beginning of the note we indicate several reasons why Andorra is a good option to live . However, there are many others that also influence a decision. Apart from the tax advantages and what this represents, Andorra seduces in other matters.

It is a country with an extraordinary mountain climate and nature. It has pleasant summers and bearable winters for a perfect mix. All this accompanied by beautiful places and enviable landscapes.

Furthermore, Andorra has one of the highest per capita income on the continent. It offers quality services and infrastructure. To all this, we must add that it has a high human development index (HDI). Which is growing every year. With a health system at the height of the best and an education of public and private quality.

Andorra, despite having Catalan as its official language, is a country where Spanish and French are widely spoken. A bilingual population with these languages ​​that are also studied in the country’s schools. Last but not least, there is citizen security. Andorra is a country with almost non-existent crime rates. It is one of the countries that provide the most security and tranquility in Europe. All this and more make Andorra an ideal place to live and be confidently with your loved ones.