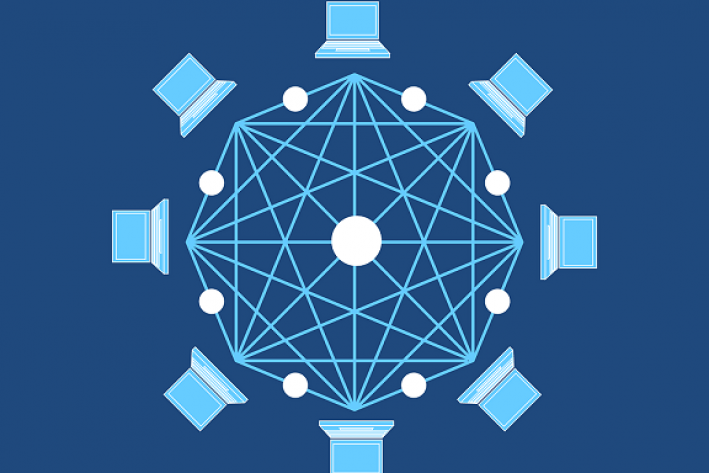 With the appearance of the new Blockchain challenge, from Andorra there are many specialists who reflect on it. An encrypted blockchain technology that has multiple scopes of application. This can apply to energy, administration or finances.

Today, cryptocurrencies represent an alternative to conventional currencies. These are virtual currencies that have some value, and are beyond the control of third parties. More and more cryptocurrencies appear and are created (like the famous Bitcoin in 2009). Best of all, each one is independent and has its own characteristics and applications.

In Europe, especially in Switzerland, they have been watching the evolution of the crypto world. The creation of the CrytoValley in the country has made it a world reference for this new environment.

What is the Blockchain?

Technology advances by leaps and bounds, you can tell by observing it in your daily day. That is why it is expected that the use of various systems that will bring simplicity to your days can be increased. Because of this there is some uncertainty regarding safety or risks. The Blockchain has come to solve these problems in the best possible way.

The Blockchain is a technology that has a structure of blocks in a chain. This works similar to a digital record. Which works to carry out transactions. Always remembering that these are not supervised by a third party, as in banks. The latter is the most interesting, since it gives greater security to your operations.

This “accounting book” in which the movements are reflected has a lot of security. Because the registry cannot be modified by any member or administrator of the network. The operations are recorded in the nodes, that is, every user has a copy.

Being a chain of blocks it has a very interesting function regarding the creation of them. When creating a new one, it must be validated by each node of the network in order to be added to the system.

This system is used to record cryptocurrency transactions. Thus generating it is impossible to spend the same coin twice. The Blockchain has come to provide greater ease in records and operations.

Advantages offered by the Blockchain

Now, here we will leave you some of the advantages that the use of the Blockchain brings:

Also, you must take into account that these may increase as it is applied to more systems. So a great technological advance is expected from the hand of the blockchain.

In the Andorran Business Confederation, the formation of the AndBlockchain Commission was approved. This means the creation of a financial system related to the Blockchain. For now, it is open to anyone who wants to actively participate or want to learn.

As a parallel financial system, the world of virtual assets is gaining momentum. It is growing without having any traditional regulatory framework, at the moment. That is why Andorra has not missed this opportunity and has allowed the creation of the proposal. It is necessary to mention that there are platforms where currencies can be exchanged. Being a speculative market, prices fluctuate at a significant level.

For this reason, professionals or specialists in the area have appeared. Those who are in charge of advising on the process. Trying to emulate other traditional financial markets. This creates greater confidence in this new system. However, there is a fundamental point, and it is the lack of regulation. So some countries have proposed rules to prevent the misuse of these cryptocurrencies. Seeking to prevent these from being used for criminal purposes. From corruption, money laundering, extortion or even arms trafficking.

It is essential to mention that the organisms have not designed regulations to promote its use. This would refer to the operations that can be carried out with these currencies. But this does not mean that the financial market does not have a future in the medium or long term.

Plan “Horizon 23” and the Blockchain in Andorra

Andorra has created a great growth plan in order to improve conditions in the country. This has the objective of attracting investment to the territory in various specific issues. Among these are cryptocurrencies, Blockchain, e-sports trading, and more. It is a very novel strategy that will make the Principality visible to the world.

Currently, a legal framework for the Blockchain is being worked on. Which would open a world for Andorra in which a stock market can be created through it. This will help the Principality with one of its objectives. Which seeks to attract foreign investors with these technological innovations.

Andorra considers all this to be able to generate trust in its citizens. In order that they can be integrated into the use of this innovative technology. Because it will have fundamental uses in the growth of the Principality in the digital world.

There is even talk of the automation of the payment of taxes through this system. What would reduce expenses and increase the efficiency of a tax system already praised in the world.

Practical uses of the Blockchain in Andorra

Knowing what the Blockchain is and the plans that are had for this technology, we are going to review its uses:

As you can see, the uses can be very varied, but based on its unalterable system of records.