Minister Jover denies that the European Union has the framework agreement 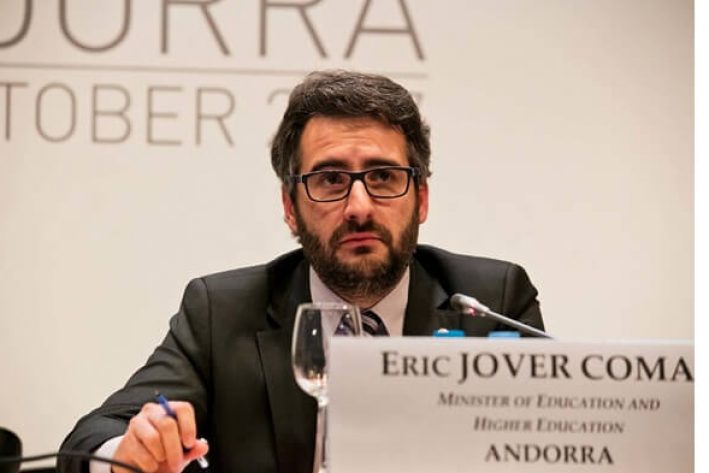 Minister spokesman Eric Jover has denied in the first press conference after the Council of Ministers that the European Union has placed on the table the so-called Framework agreement where the main lines of negotiation of the association contract were possibly built, as well as its Red lines. The European Commission had made a public statement in which they expressed that the document would be signed in this month of June. The Government of Andorra has shown willingness to “continue with the negotiations” although it has not wanted to mark a calendar.

The confessions of Jover arouse confusion regarding the messages that this past Saturday indicated Xavier Espot, head of Government, who assured the existence of the document. According to the fact, Espot had proposed not to sign the agreement if all the points indicated by the Principality were not respected.

Jover has made it clear that “there is no document and we have not had access to it”. The spokesman acknowledged that the European Commission had made statements that spoke of the agreement Marco, but said that this issue is not the order of the day for the next round of negotiations to be held next week.

“The specifications of the document and the intention behind it we do not know,” remarked Jover, who has not dared to say if it was simply a set of criteria that had already been agreed or should show the way to continue from now. “If it reaches our hands the document will assess and we will see if it suits us or if we consider it appropriate to ratify it,” the minister has closed.

However, Jover wanted to clarify that the will of the Executive to stay on the path proposed in 2015 to get a good association agreement, since it is an important occasion for the nation. He has made it very clear that “the new Government will continue negotiating taking into account the specific qualities to seek the best fit of the country in the internal market”.

Thus, at the first council of ministers where Espot announced that he would present the association agreement, Landry Riba, Secretary of State for European Affairs, has shown before the Executive the lines of action and the positioning of Andorra together with the negotiators Europeans and the documentation of the next negotiating round estimated for the week of June 3, which will focus on advancing the institutional framework.

Likewise, the structure of the negotiating delegation that will be developed permanently by Riba himself has been shaped by an actor of the French co-Prince and one of the Episcopal co-Prince, by the representative of Andorra to the European Union, Esther Rabasa, and by a technician. Attached to the Secretary of State.

The rest of the commission will be completed by an advisor from the competent European Secretariat of State for Affairs, sectoral references from different ministries, a diplomat from the embassy and, where appropriate, a counselor chosen by each competent ministry.

Summoned the 1.1 million euros of aid for the study

The ministerial meeting in the same way has served to approve the opening of decrees of aid for higher learning for the next academic year. The Government will contribute a total of 1,100,000 euros for student scholarships, where there is no modification of the requirements required to access. Interested students can request support for the study from May 30 to June 28, 2019.

A new general quota order has also been approved for immigrant authorizations for residency and self-employment, where a total of 250 new approvals are observed. Of this total, 200 are for cases of residence and self-employment and 50 are reserved for liberal professionals. The executive has discussed this new issuance of quotas as almost all the permits provided for in the last request have been exhausted, which he approves, and argues the need that existed to regulate this new type of authorization related to foreign investment.